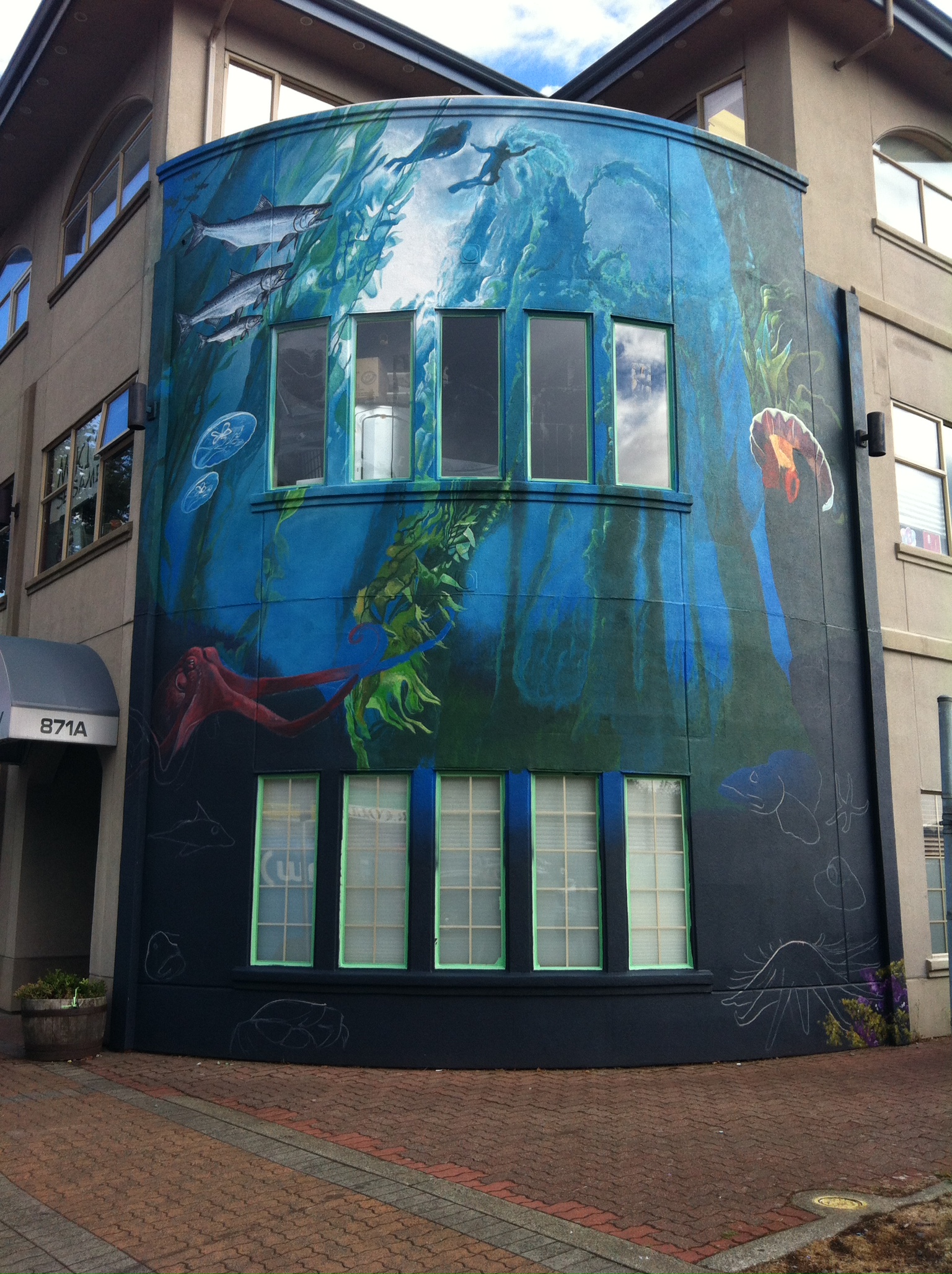 Campbell River – Many Campbell River locals may not know that there is an aquatic health research laboratory located in downtown Campbell River. The BC Centre for Aquatic Health Sciences would like to change that.

The BC Centre for Aquatic Health Sciences (BC CAHS) is thrilled to announce that funding has been secured for the painting of the Discovery Passage Mural in downtown Campbell River. When complete, the 550 sqft mural will span the curved wall of the building at 871 Island Highway located along Pier Street. BC CAHS’s laboratory has been located on the main floor of the building since 2008.

BC CAHS CEO, Jim Powell explains “The Discovery Passage Mural will be a stunning visual representation of the aquatic life that inhabits the local ocean and also can be used as an educational tool for awareness of what is living beneath the ocean’s surface.”

Being a most prominent façade at the entrance to the Campbell River Downtown, the Discovery Passage Mural would add immeasurably to a visitor’s impression of the city known as the “Salmon Capital of the World” and also would make this building a welcome landmark in the city. The theme and subject of the mural would certainly strengthen and bolster the presence of the docks, Maritime Heritage Centre and the Discovery Passage Aquarium.

The mural will tie into the local neighbourhood design and the existing mural artwork that is already resident on Pier Street.

BC CAHS is especially proud that their 2015 Downtown Façade Improvement Grant application was successful. Without this funding from the City of Campbell River, the existing funding for the mural would not be enough for the mural completion.

The BC Centre for Aquatic Health Sciences (BC CAHS) is a not-for-profit society located in Campbell River and is the only aquatic research facility of its kind in the province. For more information, visit www.cahs-bc.ca