In 2007 a pilot project was launched with BC CAHS and Fisheries and Oceans Quinsam Hatchery that involved the monitoring of zooplankton productivity in Discovery Passage. Knowledge of the food availability in the early marine environment is a useful tool in helping to assess poor or good survival of that year class through their first winter and through to the return to river to spawn.

The project involved the sampling of zooplankton, chlorophyll, and juvenile Coho to analyse the availability of food in the early marine environment. After 5 years, the pilot project came to an end and data showed that the late April released Coho did not survive as well as the mid and late May release Coho. Part of this was due to poor food availability for the juveniles at that time. Monitoring the zooplankton blooms has continued since then thanks to local support for the Monitoring Program, particularly support from the Campbell River Salmon Foundation.
Stewardship groups and various hatcheries now use the data produced to see what the productivity is like at the time of release of their Coho as well as other juvenile salmonids. It allows one more piece of the puzzle to be taken into account when their fish are released. 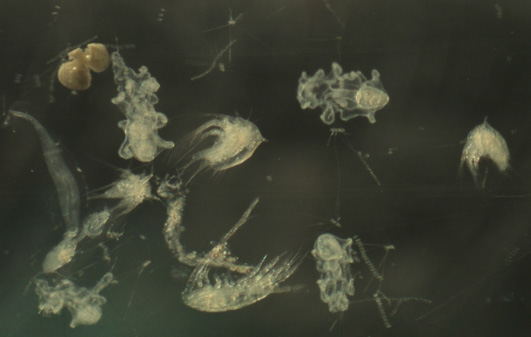 Molecular and Genomic Research and Development